Split taper bushings are used in a wide variety of applications. They are often found in transmission components such as sheaves. The split barrel design allows them to work with a variety of shaft sizes. These bushings have a flange on their outer diameter.

These bushings are easy to install and remove. This is because they are made of malleable iron, which makes them tough. It also helps that they are available in a variety of sizes. Depending on the diameter of the shaft, the size of the split taper bushings ranges from one-half inch to four and a half inches.

When buying a split taper bushing, make sure it is free of anti-seize lubricants. Using these lubricants on the bolt threads can damage the sheaves. In addition, it is important that the flange has a gap between it and the sprocket.

Split Taper Bushings are made of malleable iron which makes for a very stiff and durable bushing. These are available in both decimal and metric sizes. The best part is that they can be adapted to fit many different types of shafts. There are even some that have a cleverly concealed flange to improve the holding power of their cap screws. This allows for a simple and foolproof installation.
The best way to make a selection is to determine which type of bushing you need first and to compare them on a case-by-case basis. The most important aspect of choosing a bushing is the proper spacing between your cap screws and the sprockets. Make sure to check the alignment of your sprockets before tightening your screws. For added safety, lube your sprockets before inserting them into the drive shaft. Also, be sure to take the time to clean them and their surrounding surroundings. 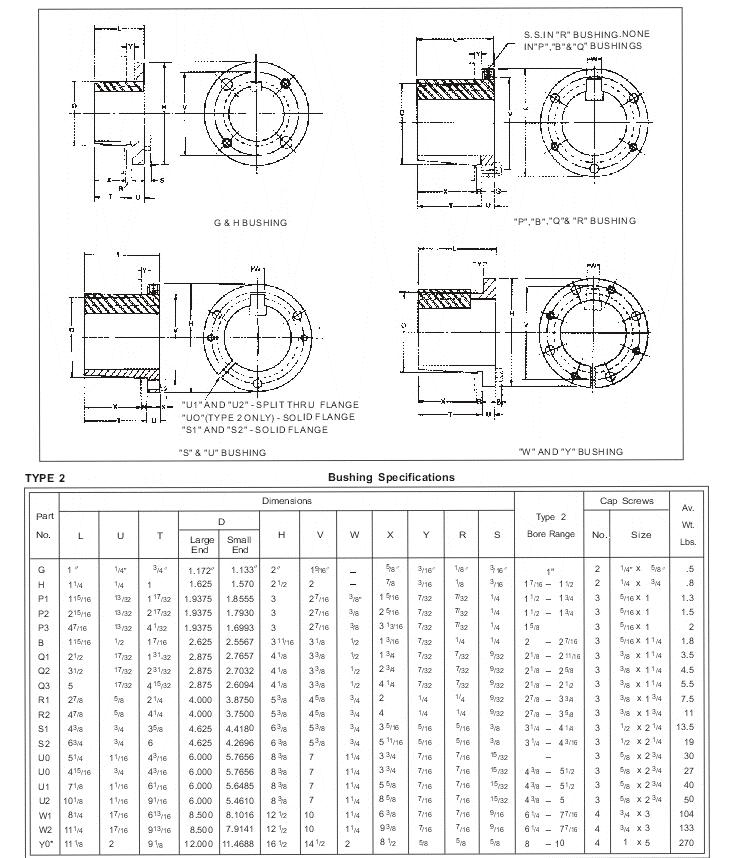 A QD bushing is another type of system that looks like a split taper bushing. However, the QD bushing is not split. Instead, it has a split that extends through the flange.

Unlike a split taper bushing, the QD bushing is not compatible with shafts of different sizes. This makes the QD bushing a good choice for space-restricted applications.

Miiran anfani ti awọn Ikọja QD is its ease of installation. Unlike a traditional flange-type bushing, the QD is simple to apply. Rather than having to bore out a shaft for the flange-type version, you simply need to install the cap screws in the pull-up holes.

Split taper bushings are used to mount pulleys or sheaves on a shaft. These bushings come in several different sizes, which are dependent on the diameter of the shaft. They are similar to quick disconnect (QD) bushings, but they are keyed to the shaft instead of being free.